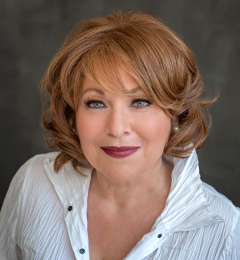 Cal is the foundation of all my realized dreams.

Ruth Golden '74 was singing in choral groups at Cal when she first witnessed Luciano Pavarotti and Teresa Stratas sing in La Boheme at the San Francisco Opera.

"I was forever changed after that," she says. Ruth had enjoyed singing in choirs since the fourth grade. When it came time for college, Ruth considered leaving Los Angeles to return to the East Coast where her family had ties. Her father attended Harvard Business School after fleeing the German invasion of Poland in 1939. But the ringing of the Campanile sang to her. As a top student, Ruth understood the tremendous opportunities Berkeley offered. So along with a few friends, she ventured north.

Beyond Berkeley, Ruth's career took her around the world as an operatic soprano and master voice teacher. Things came full circle when Ruth, then a leading soprano at the New York City Opera where legend Beverly Sills was director, played the part of Mimi in La Boheme, the opera that had changed her life while attending Berkeley.

Currently, Ruth is a voice professor at the Manhattan School of Music. Although she resides across the country,Ruth remains dedicated to helping Cal students "make their dreams come true." Ruth has named Berkeley as the beneficiary of her retirement account to fund a Fiat Lux Scholarship for a high-achieving student with financial need.

"Cal is the foundation of all my realized dreams," Ruth says.

All of us who benefited from the tools we learned at Cal, we must pay it forward.

Realizing how directly she could make an impact, giving back to Berkeley was music to her ears.