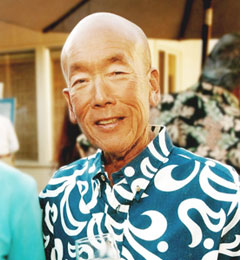 Doug Lee ’66, M.B.A. ’69 has many wonderful memories of his years at Berkeley — but most of all he fondly recalls his time in the Cal Band. A trombonist, he played on campus several times before enrolling at the university, performing with his Piedmont, California, high school marching band on the field at “Cal Band Day” football games. “I got indoctrinated by going to a few of those,” he recalls.

Once at Berkeley, Doug played with the band at all kinds of campus events, embarked on its 30-state national tour in his senior year, and even took on a leadership role by serving on its executive committee. Doug says of the band’s influence on him,

It made me more extroverted and comfortable. I was able to handle myself a lot better in the real world.

Doug ultimately combined his business education with his passion for entertainment by launching a talent agency on the Monterey Peninsula. And Cal still remains close to his home and his heart — he maintains ties to campus by serving as an officer in his local chapter of the Cal Alumni Association.

When it came time for Doug to plan his estate, he was pleased to learn that he could provide support to any student program on campus, not just Berkeley’s schools and colleges. Doug decided to include an estate gift in his plan that will create an endowment benefitting the Cal Band.

For Doug, creating this generous, lasting gift hits all the right notes. “Those students have to perform and raise money for their program,” he says. “If this gift helps take some of the pressure off of them, or adds to their fundraising efforts, then that’s terrific.”